Spring in the Royal – Falcons and Eagles 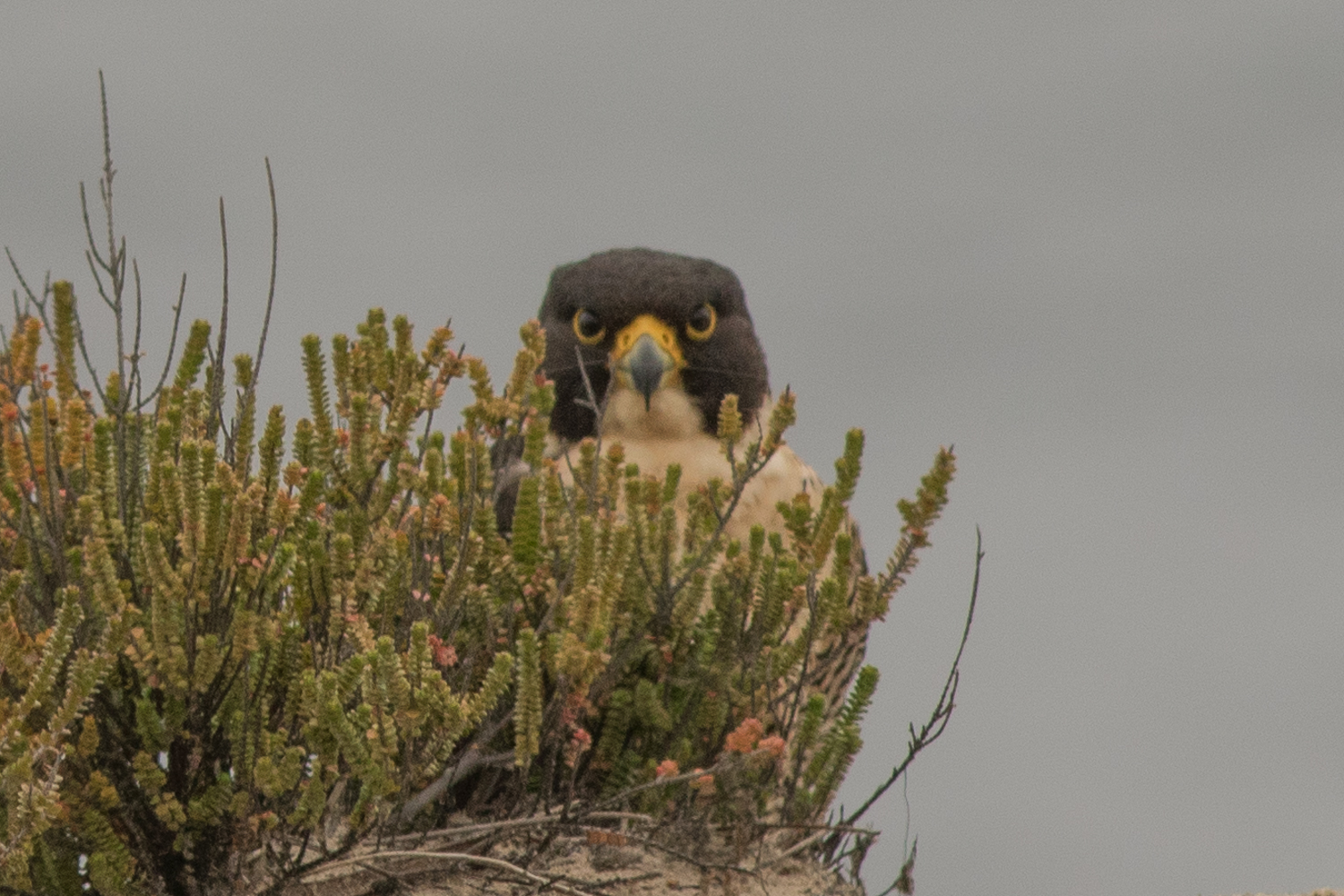 It was perched on the cliff-edge giving it sight of any bird approaching from kilometers away and with the advantage of height it can use its devastating flight speed to attack. 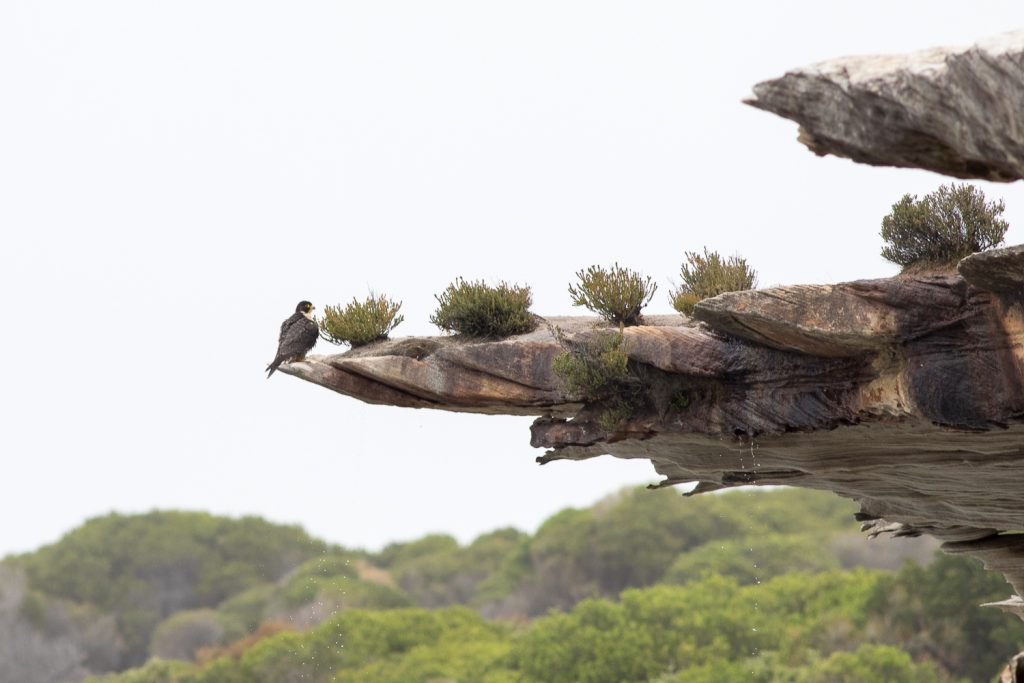 The peregrine glided down the cliff face and there below on a precarious looking ledge were a couple of fluffballs in a nest that looked like it could be blown away. 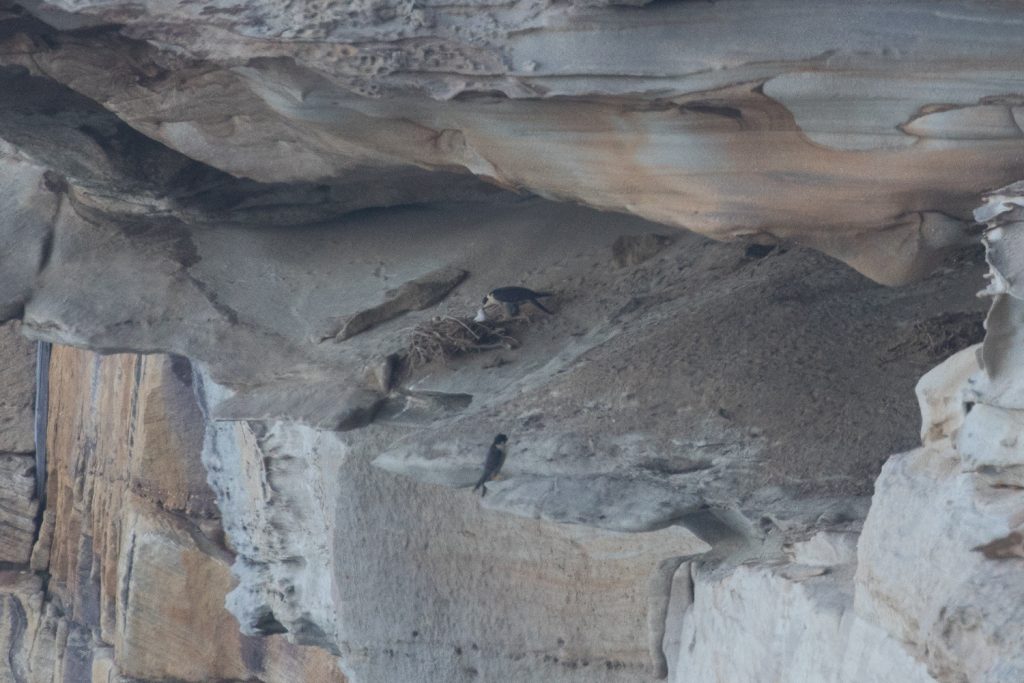 Female peregrine feeds her chicks while the male looks on

We were lucky enough to see the adult pair bring food for the chicks. Some weeks later they are growing well and will soon be ready for their first flight. 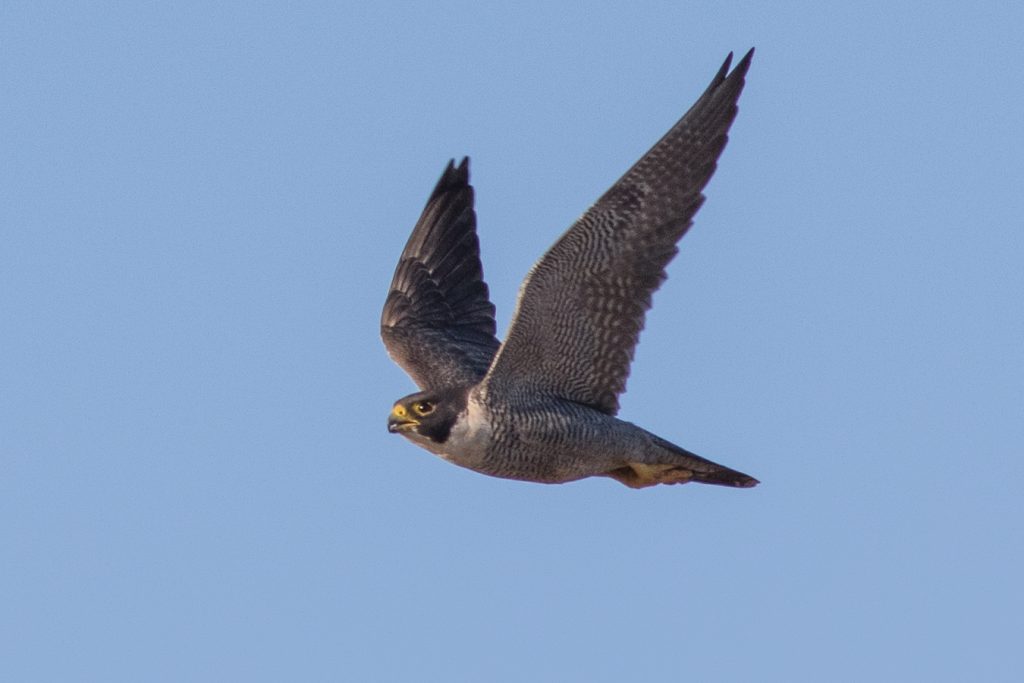 Adult peregrine hunting on the clifftops

The sea eagles of the Royal have also been nesting. High in a tree a new chick poked its fluffy head above a large nest of sticks. 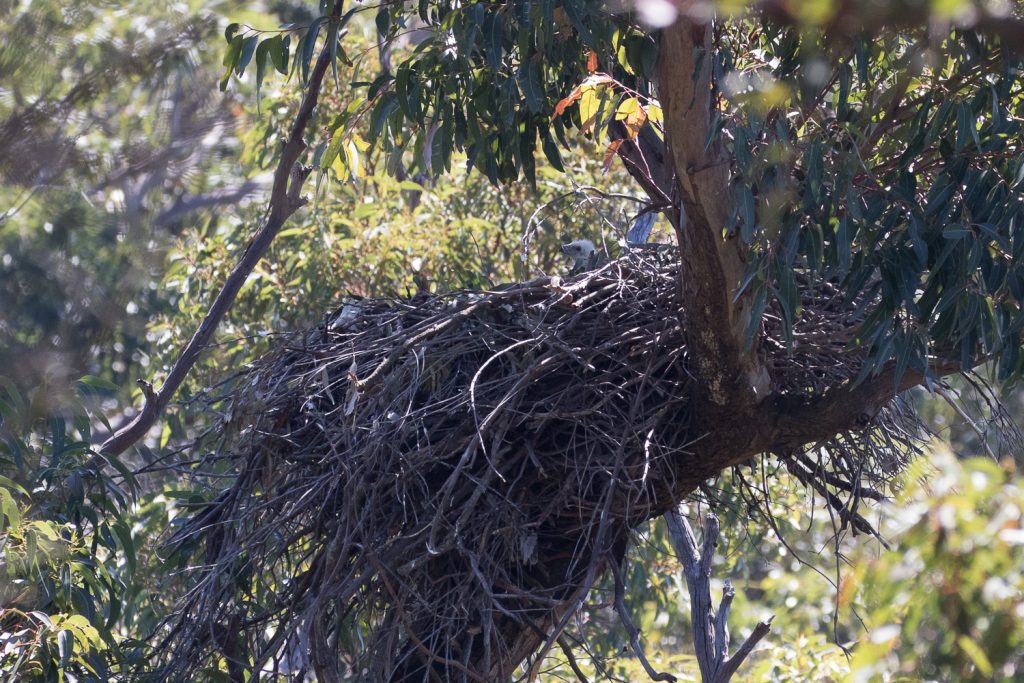 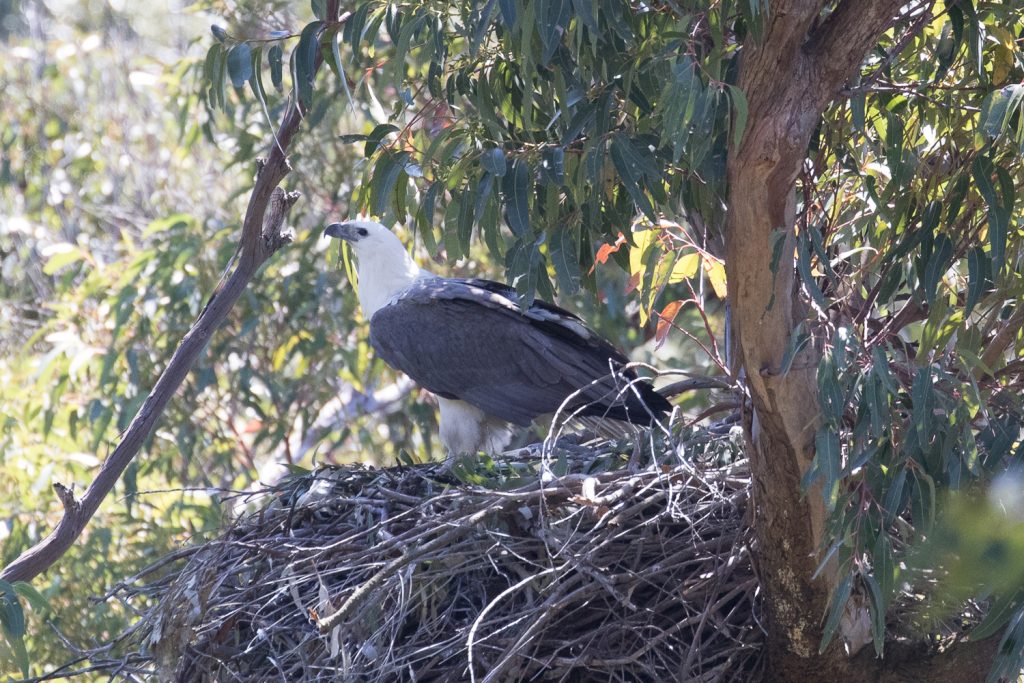 Sea eagle on the nest

A month later and the chick has grown, its  now occasionally standing and flapping its wings. 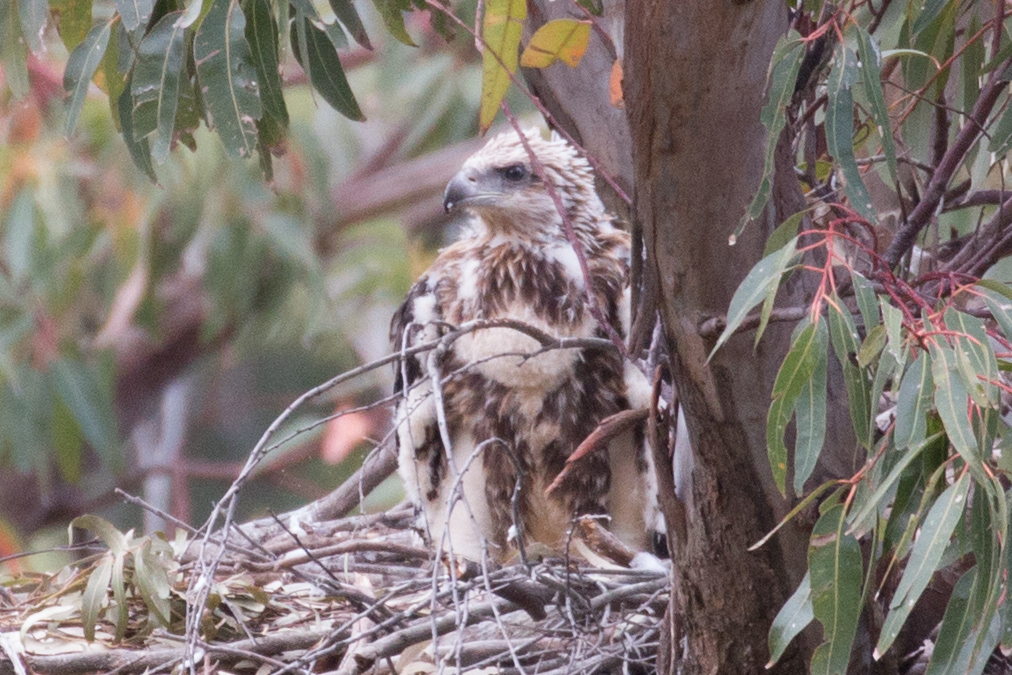 One day soon it too will be soaring the cliff line of the Royal. 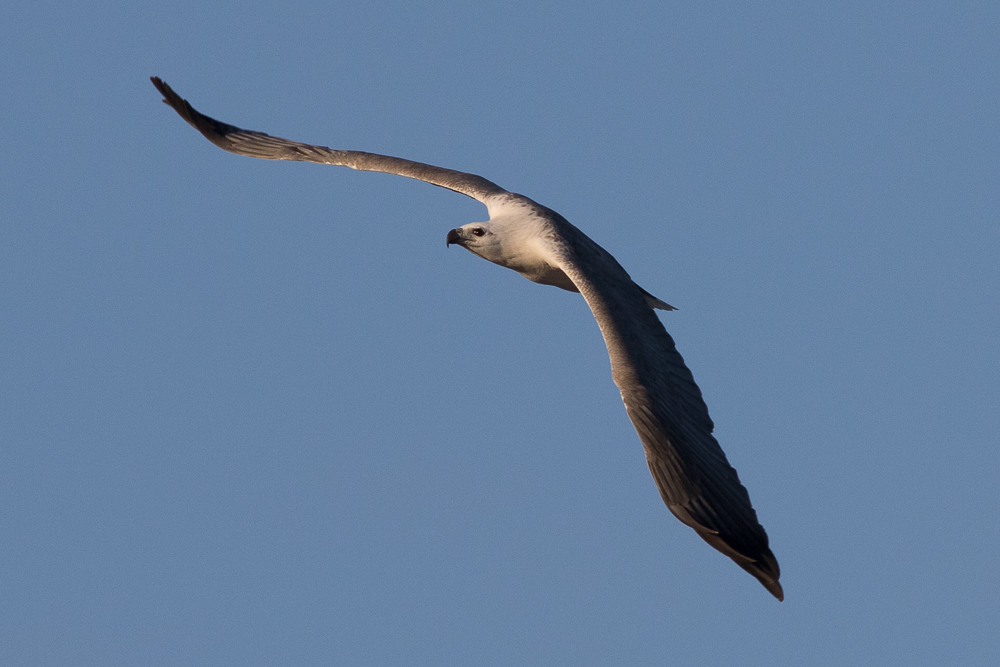 Sea eagle above the Royal