Spring bird migrations into the Royal 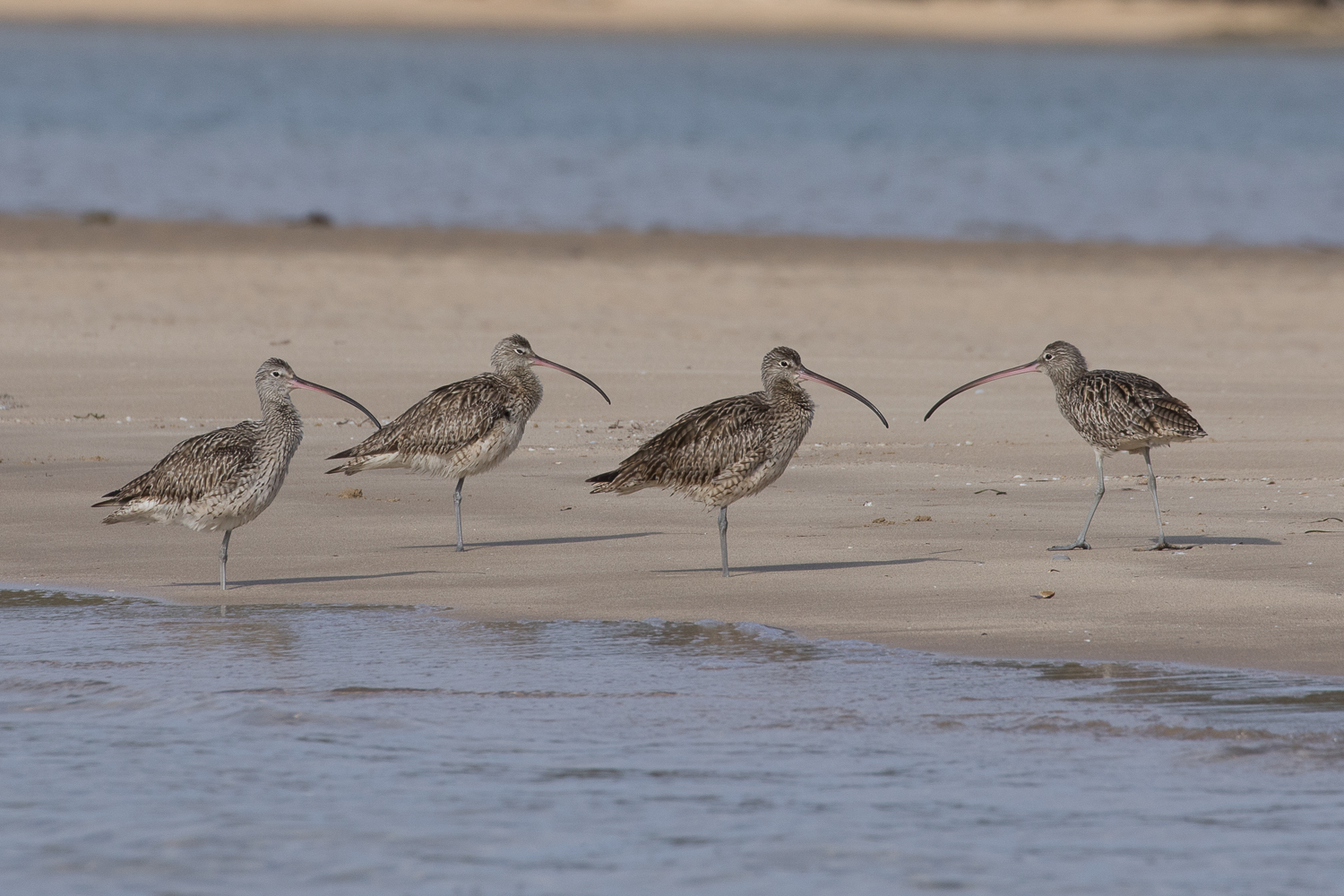 We are well into spring as I write this and migrant birds have been arriving daily over the last few weeks. First were the shorebirds coming from the Arctic….. then within days you could hear the cackle of the Channel-billed Cuckoos…you looked up and there were  a couple flying fast from New Guinea.

The shorebirds migrate incredible distances, some fly non stop for more than 11,000 kilometres. Before takeoff they feed themselves into immense balls of fat to sustain them on their flight. Then when they sense the weather conditions are favourable they launch themselves on these epic journeys. The Eastern Curlews pictured on the intertidal flats in Port Hacking would have flown from Eastern Siberia. Look how skinny the  bird on the right is…..a new arrival after perhaps ten days of non stop flying.

Those early migrants have been followed by Koels, Figbirds, Leaden Flycatchers, Rufous Whistlers, Sacred Kingfishers, Dollarbirds, Lathams Snipe, Bar-tailed Godwits and many more. Migrants from across the globe and across Australia.

Every eastern Australian resident would probably have heard the male Koel calling through the night, but have you ever seen his eyes? They have also migrated here from New Guinea. This bird was photographed a Bonnie Vale but you are likely to find them many places where one of their preferred host  species the Little Wattlebird is found. 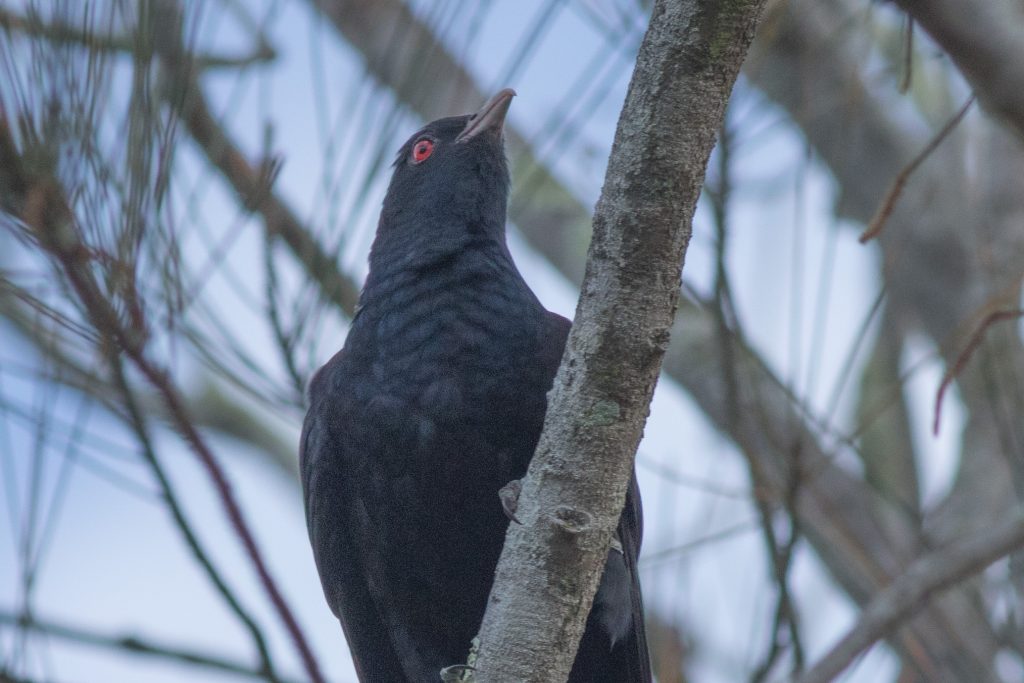 Some Sacred Kingfishers over winter in Cabbage Tree Basin but most migrate into the Royal in the springtime. You can hear their distinctive calls in the open woodland around the park. Bonnie Vale and Wattle Forest are favourite sites. They nest in arboreal termite mounds, if you look closely you will see many of the termite mounds have small neat round holes made by these birds. 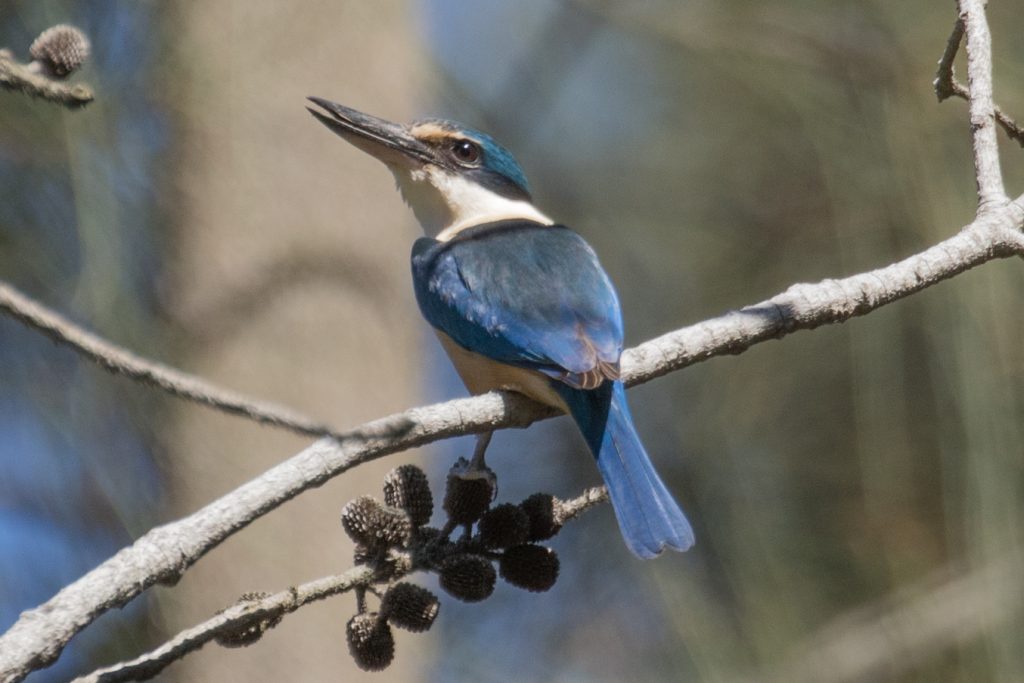 The Leaden Flycatchers started arriving in the Royal in early October, this bird was seen near Wattamolla but they can often be seen in summer along Lady Carrington Drive. 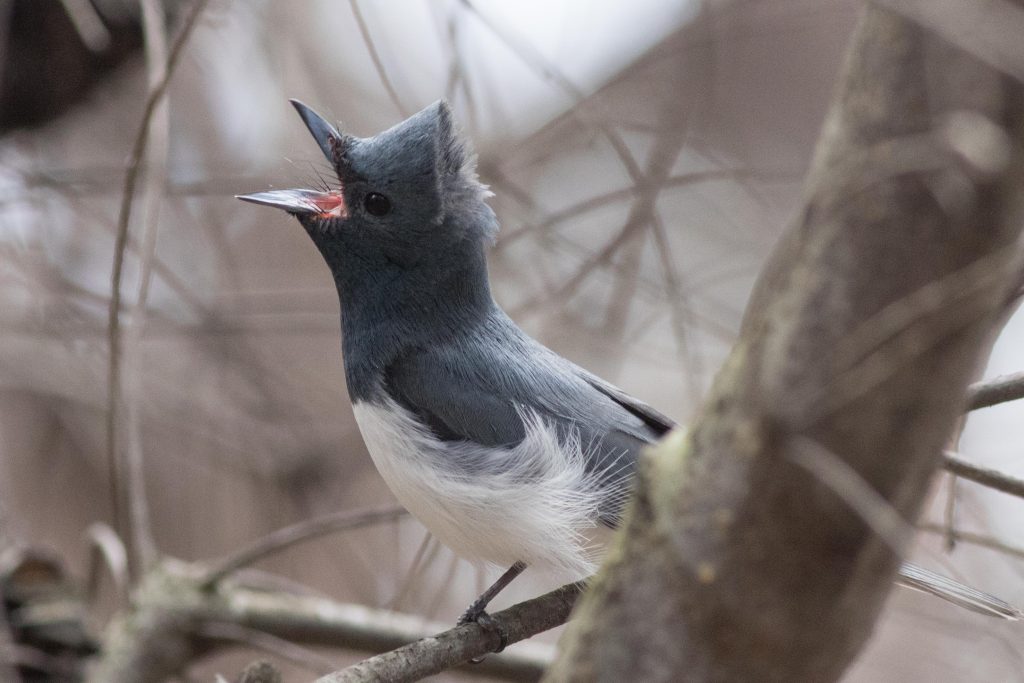 The Bar-tailed Godwits are the world record holders for long distance flight. They breed in Alaska in the short arctic summer and then return to Australia and New Zealand on one direct flight.  The world record was set in 2020 when one godwit flew 12,200km in 11 days of non stop flight across the Pacific from Alaska to New Zealand. But this year the same bird,  while heading for New Zealand, was hit by unfavourable winds in the Pacific and changed course to make landfall on the coast of NSW. It completed a journey of over 13,000km.

The godwits that arrive on the  intertidal flats of Port Hacking in September have flown nonstop to the Australian coast from Alaska. This bird with the flag CLJ  arrived in early September 2020 and September 2021. Both years it has stayed a few days before flying onwards to Corner Inlet in Victoria where it was originally flagged. Here it is photographed alongside a Great Knot which has migrated down from its breeding grounds in Northern Siberia. 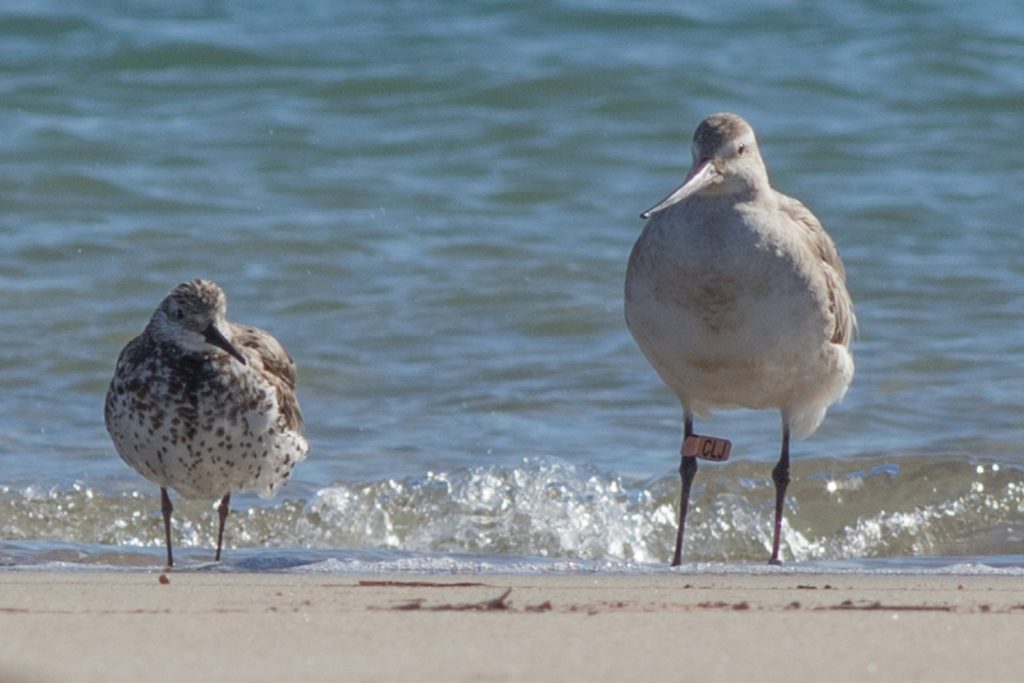 The Dollarbirds have been arriving in the Royal during October. You can hear their cackle like call  coming from the tops of  trees where they perch on dead branches to hawk insects. BonnieVale and Wattle Forest are favourite sites for these birds too. 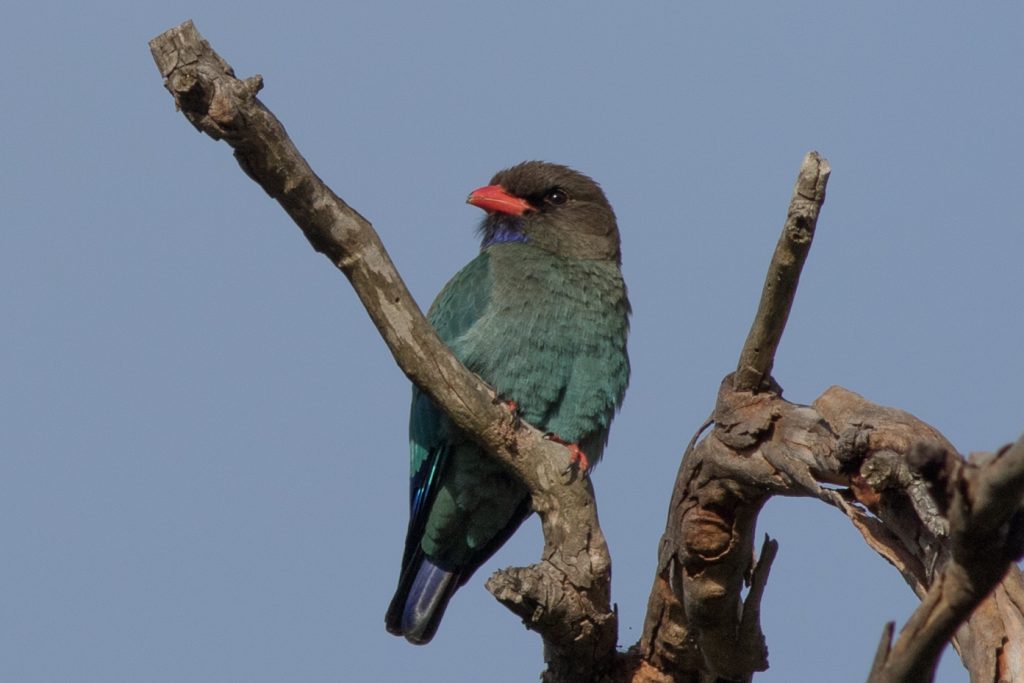 This year has seen a great influx of Rufous Whistlers since late September. They can be seen on the firetrails in the centre of the Royal: try the Wises track, The Meadows and the top section of the Wallamurra track. 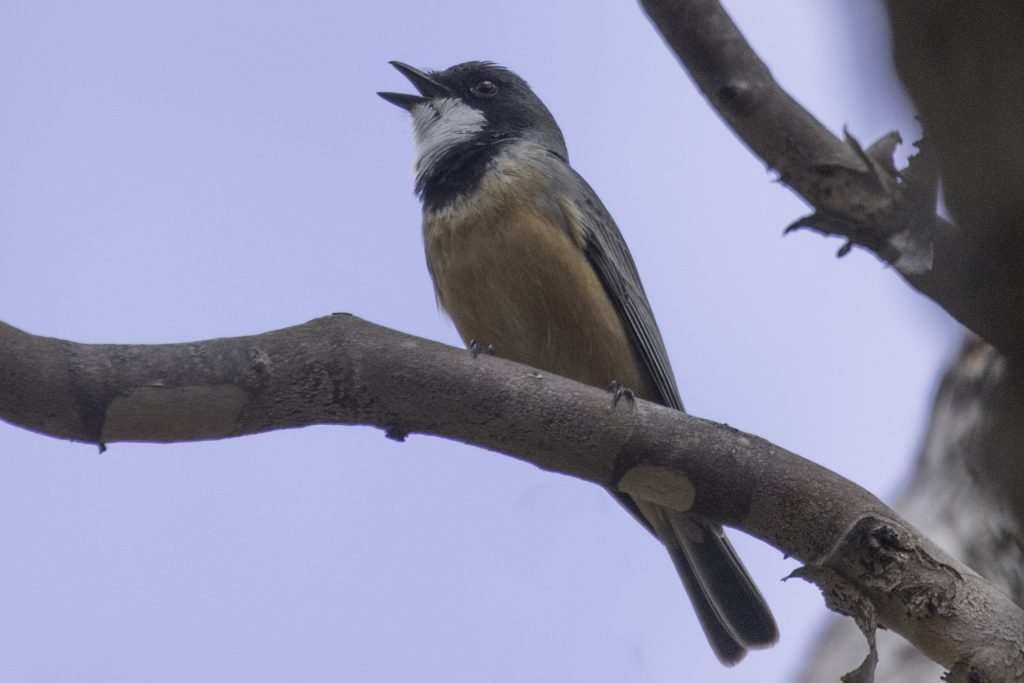 Lathams Snipe is a rare migrant from its breeding grounds in Japan. It is sometimes seen at BonnieVale but a couple of weeks ago one had stopped at Garie for a rest. 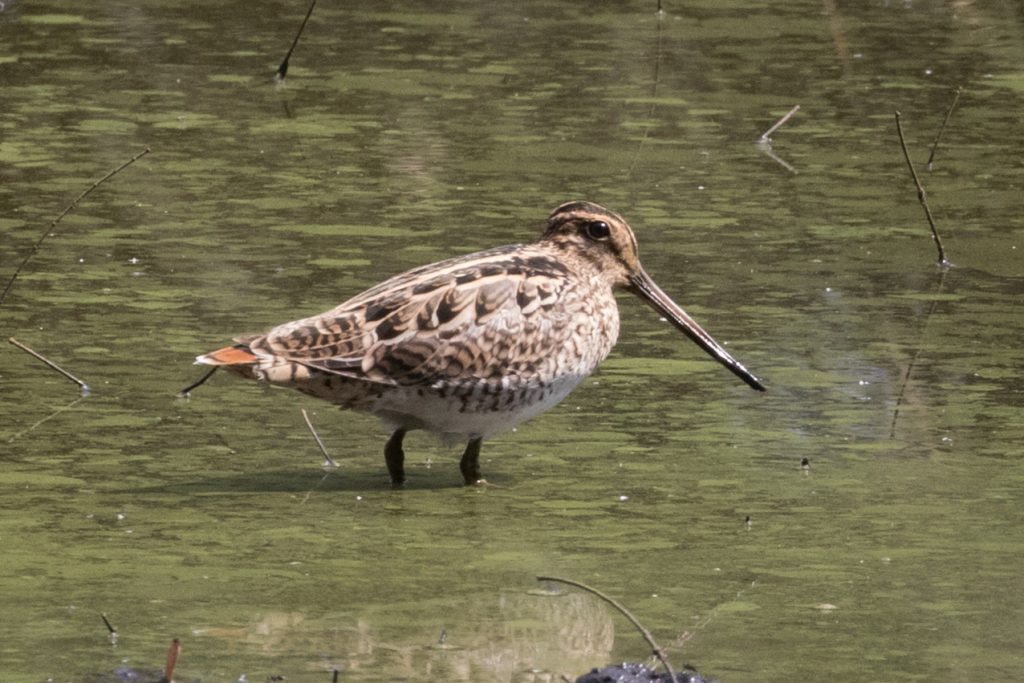 Some beautiful birds migrate into the rainforest along Lady Carrington Drive.  The Black-faced Monarchs and Rufous Fantails  have been arriving in October, they can be heard and spotted all along the Hacking valley. 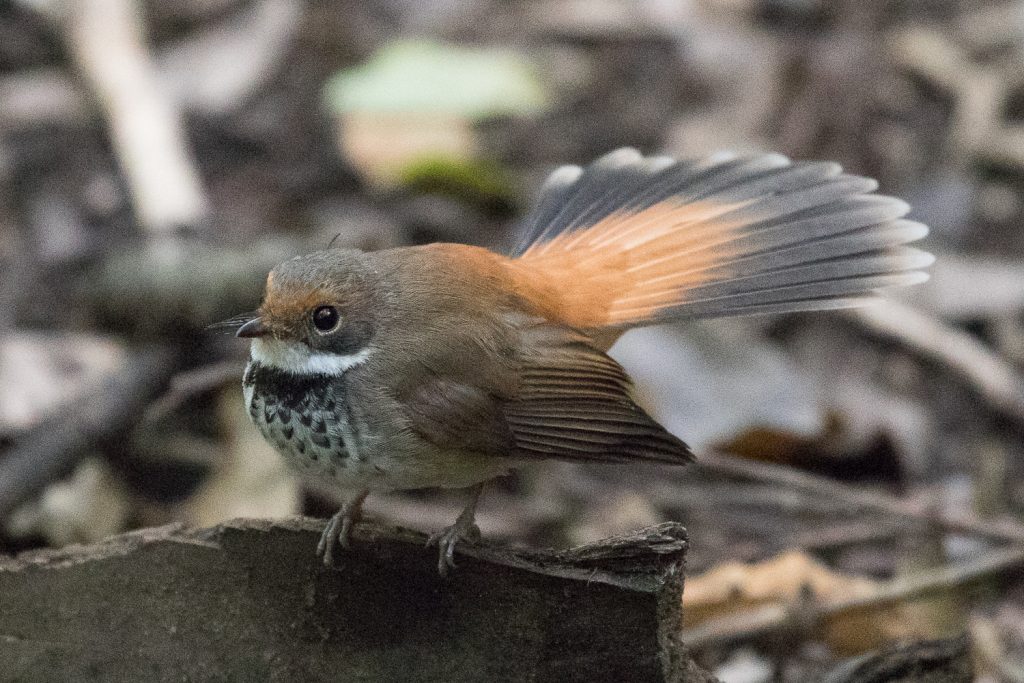 And now in mid October the insect-like call of the Cicadabird can be heard on the valley sides above Wattle Forest as it has just arrived on its migration. 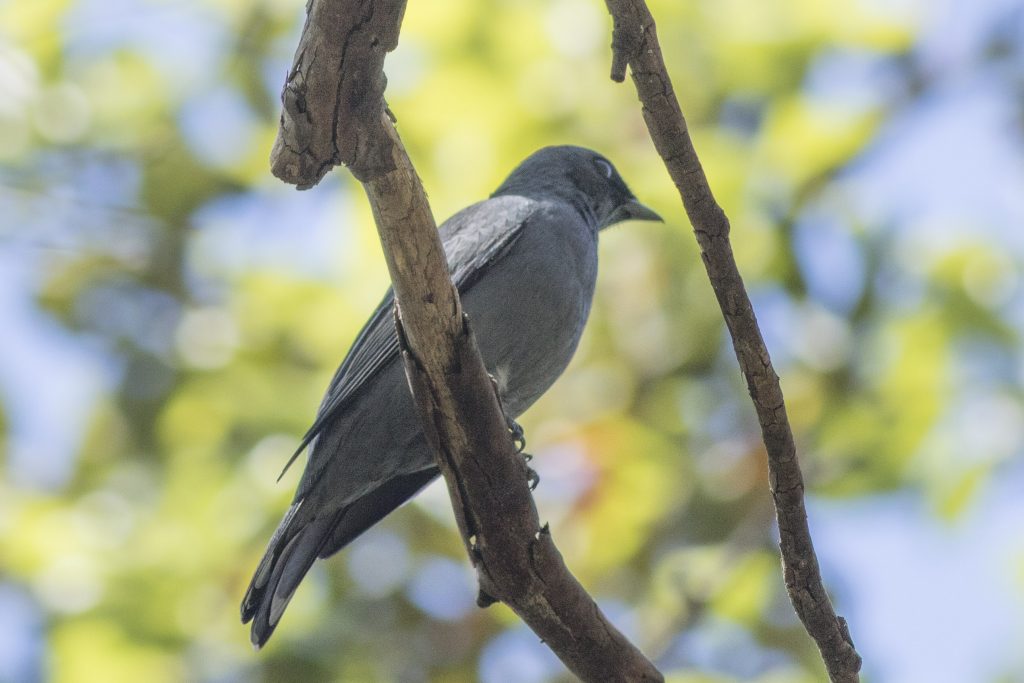 Many other land and shorebirds migrate into and through the Royal. Once you become familiar with their calls their arrival in the springtime brings a smile of recognition and an appreciation of the spectacular migrations of the natural world.