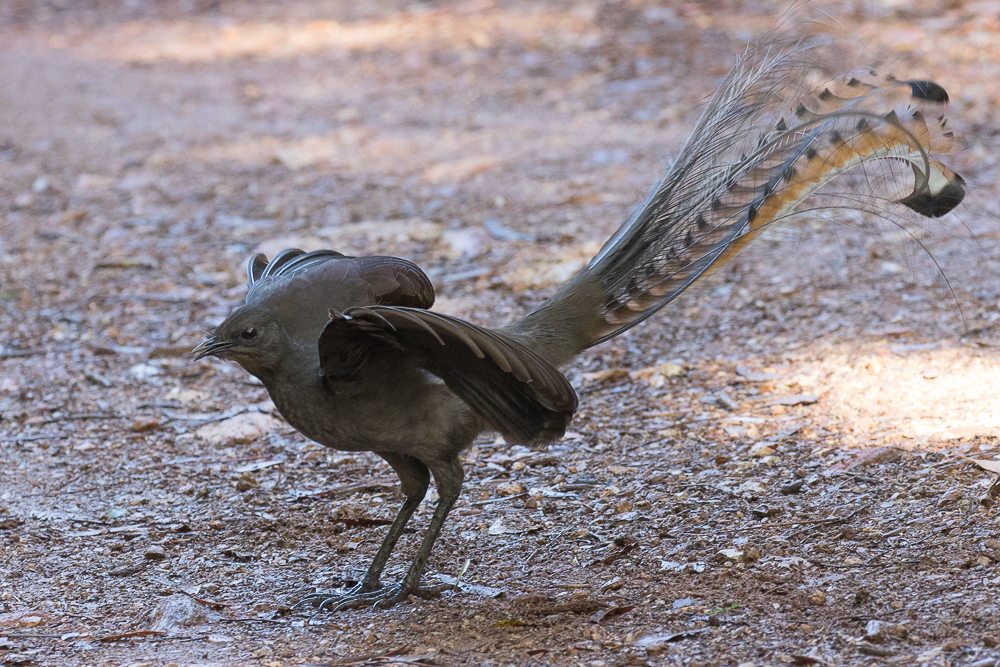 Its that time of year. We quietly watched a female lyrebird raking up twigs and taking them back to her nest. She was oblivious to our presence, totally absorbed in her task. So we switched on the video.

Then a few days later we stumbled across a male courting two females. He followed them around calling, displaying his fabulous tail , flapping his wings with his crest high.  They were not interested. He was so preoccupied  that when a mountain bike came past quickly he scuttered away into the bushes  but two seconds later came out displaying and calling.