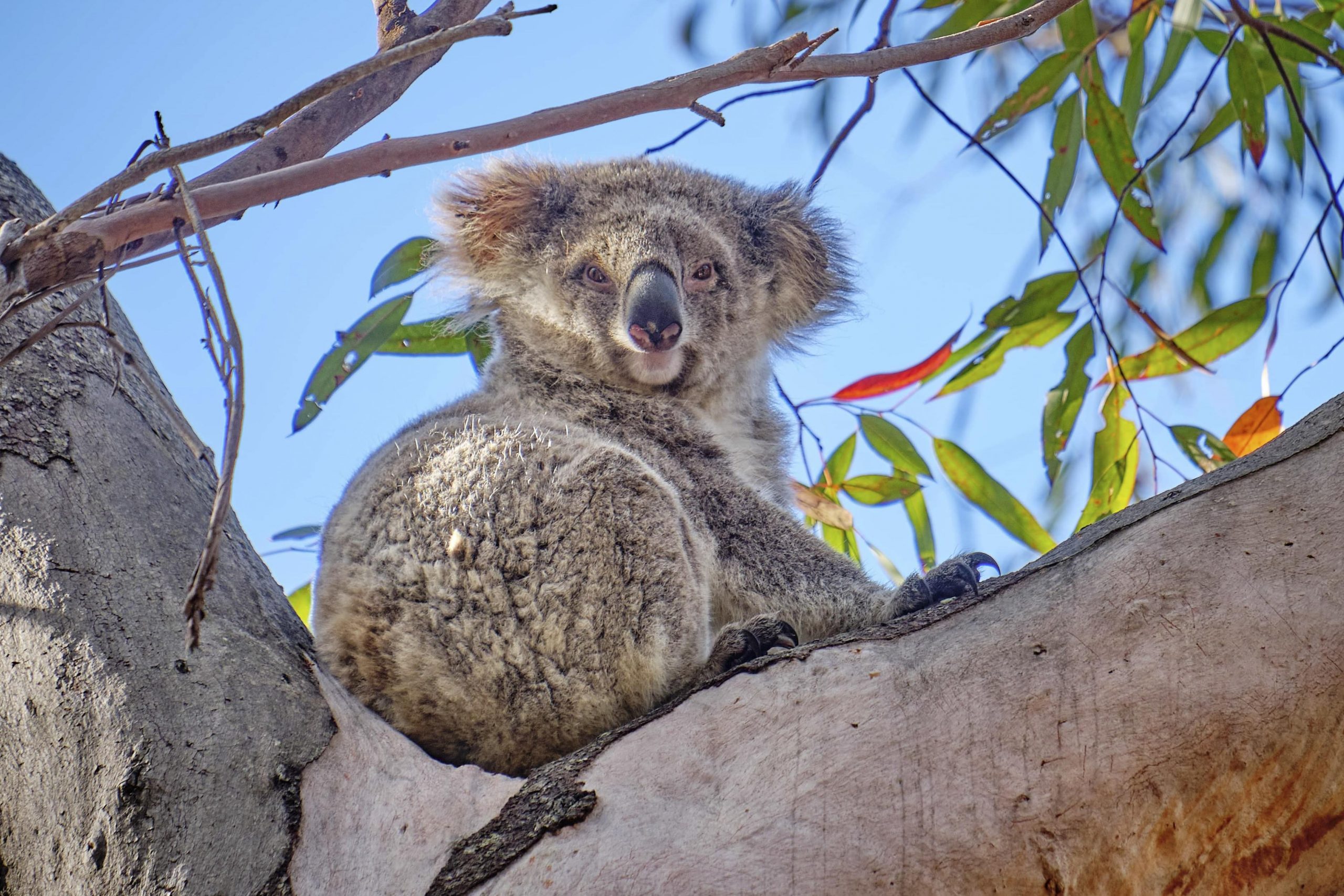 Wonderful news can sometimes come from strange or trying circumstances.

Back in July 2021 in the midst of the Covid lockdowns two local environmentalists Steve Anyon-Smith and Tom Kristensen started taking their permitted daily exercise in Heathcote National Park. As a focus they decided to search for koalas and they immediately struck gold…….brown furry gold……koalas. 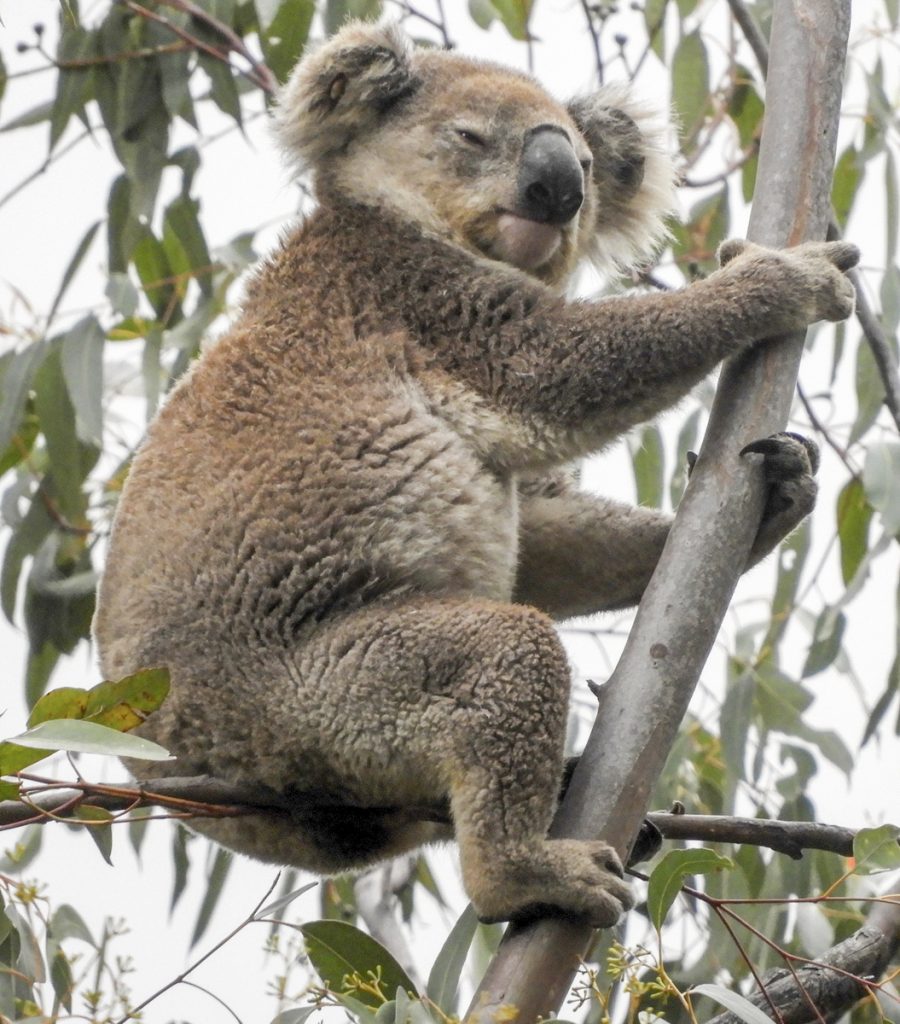 Their method………search for the food source and look for signs of koalas. Grey Gums (E.punctata) are a favourite food and Heathcote is blessed with these eucalypts along with other favourites E. piperita and E. agglomerata. The Grey Gums led to discoveries of koala scats below and koala claw scratches on the tree trunks. Then sometimes the koalas themselves in the boughs of the trees.

Over the last 8 months Steve and Tom have identified 63 individual koalas by identifying their unique nostril patterns. Lone males, females and mothers with joeys have all been sighted. A truly wonderful discovery of a chlamydia free, breeding population. Extrapolating their findings to the whole park they estimate that there will be over 100 koalas in Heathcote NP. 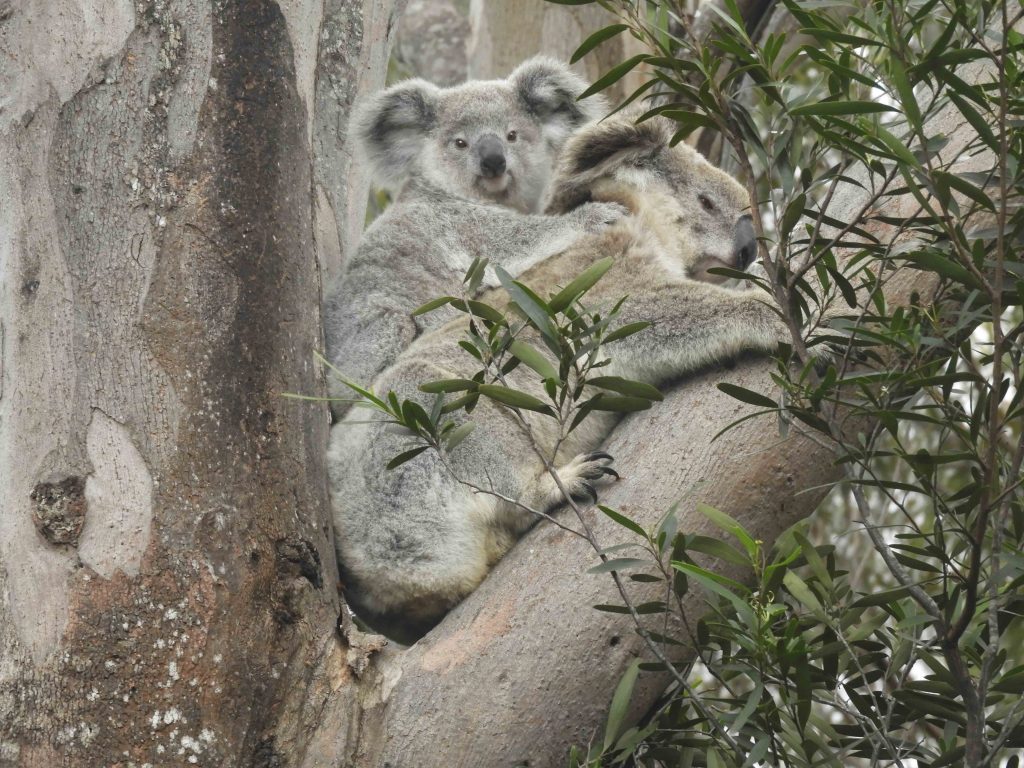 Occasional sightings of koalas have occurred in the past, particularly along the urban interface. But it was not thought that there was a large viable colony in the area. Its only when specifically looking for them in the right vegetation zone, head gazing above you as Steve and Tom have done that the extent of the colony was understood. 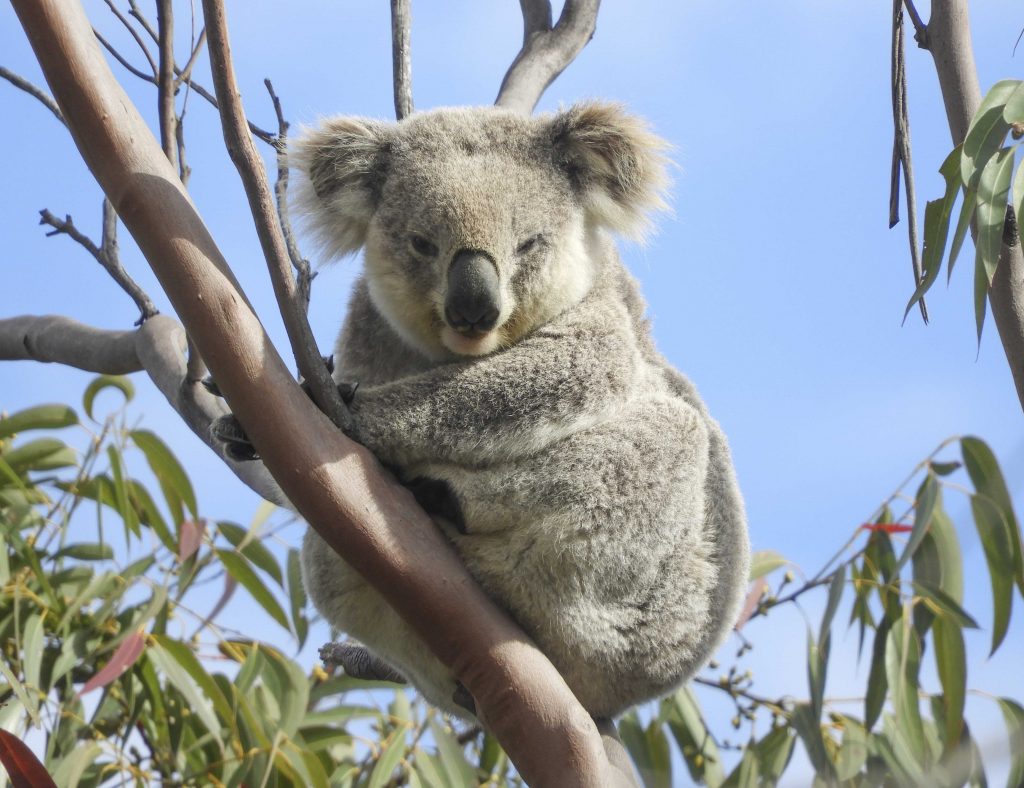 In early February the federal government accepted recommendations and listed the koala as endangered in NSW, ACT and Queensland.

Confirmation of this healthy population in the protected lands of Heathcote National Park is significant. It provides an opportunity to ensure that these koalas are well protected from threats to their existence. Habitat destruction, fire, drought and car strikes are the greatest general threats.  The control of fire within Heathcote National Park is most critical for the survival of this newly celebrated colony. Curtailing dog walking in the reserve will also be an important step to protect these koalas. 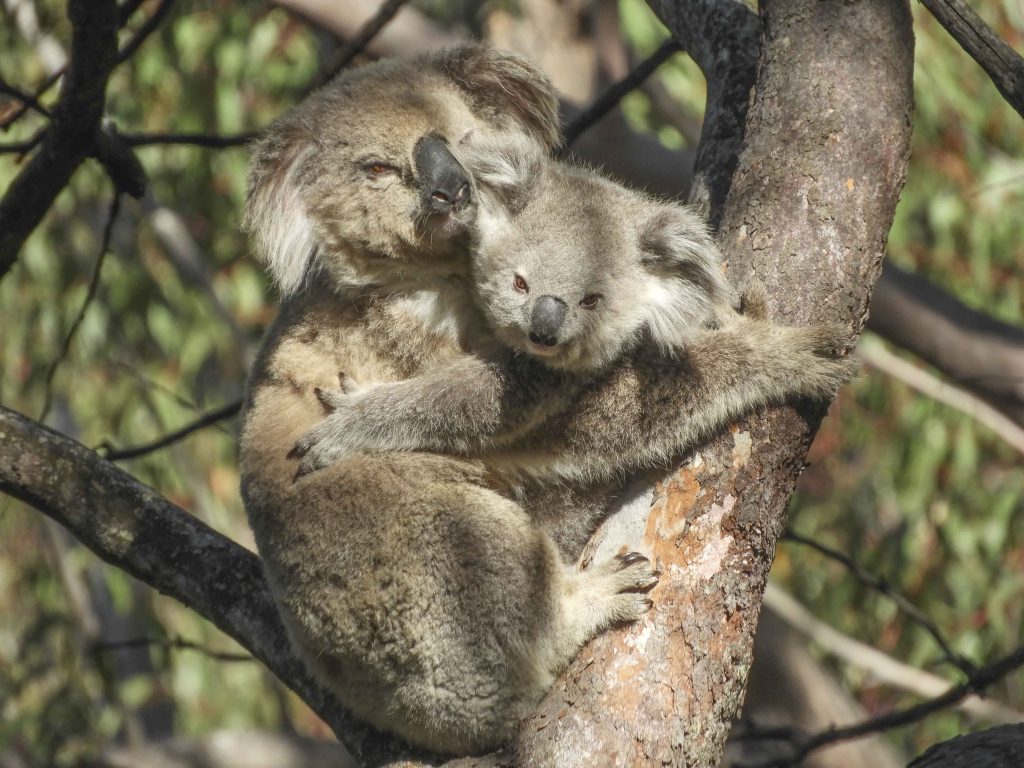