A Koala in the Royal 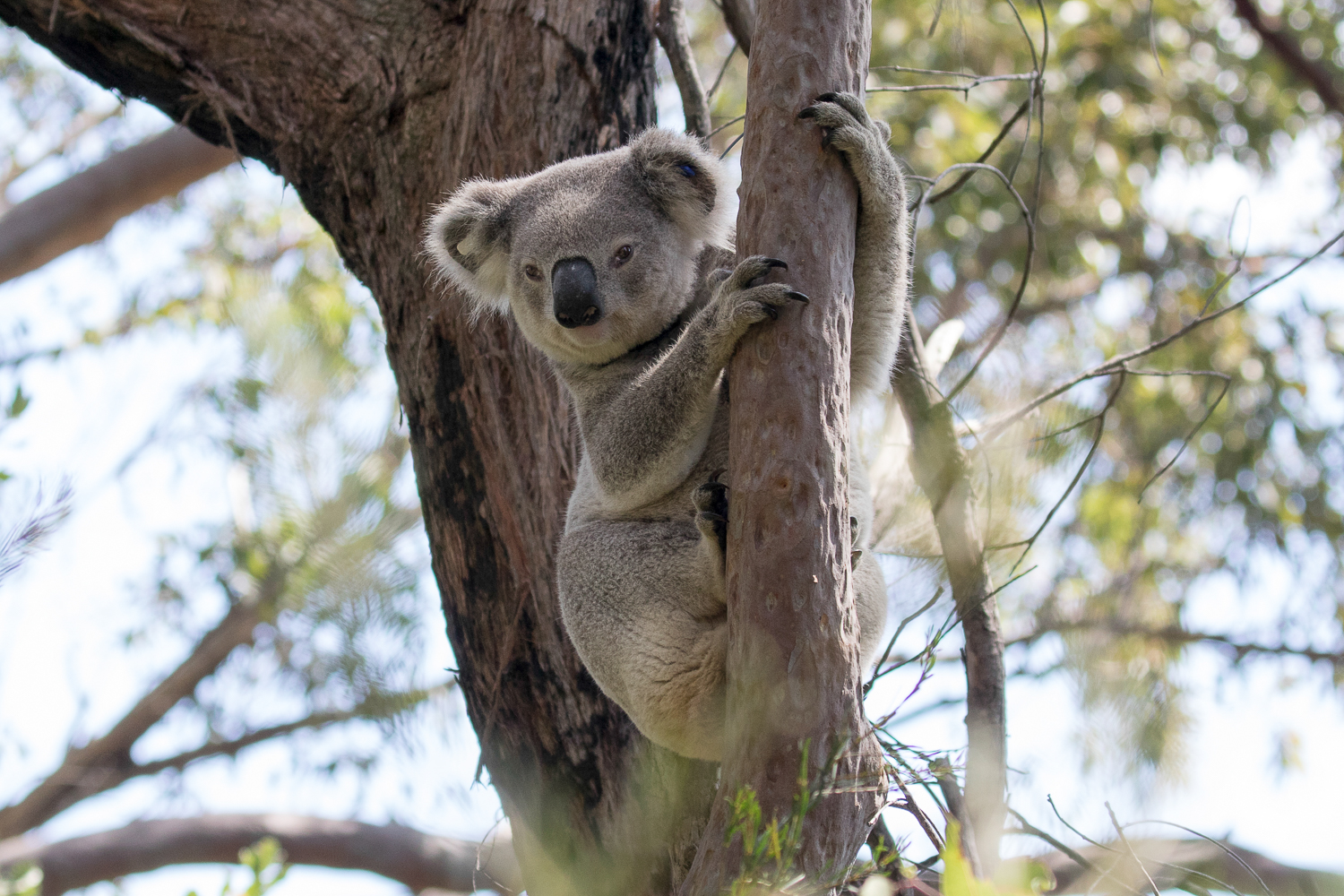 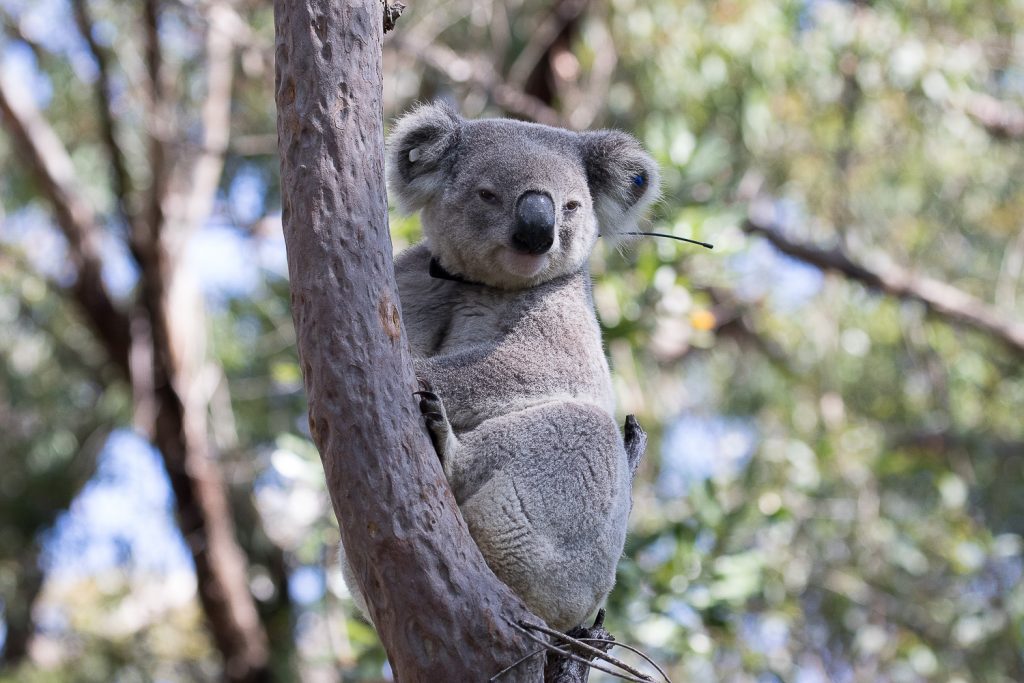 Pretty quickly we found out that a koala had been found in Kirrawee, a nearby suburb, and released into the Royal with a radio tracking collar. There was a partnership between Science for Wildlife and NSW National Parks to monitor the koala, learn its movements and the trees it is found in. The trees give an indication of its preferred diet. 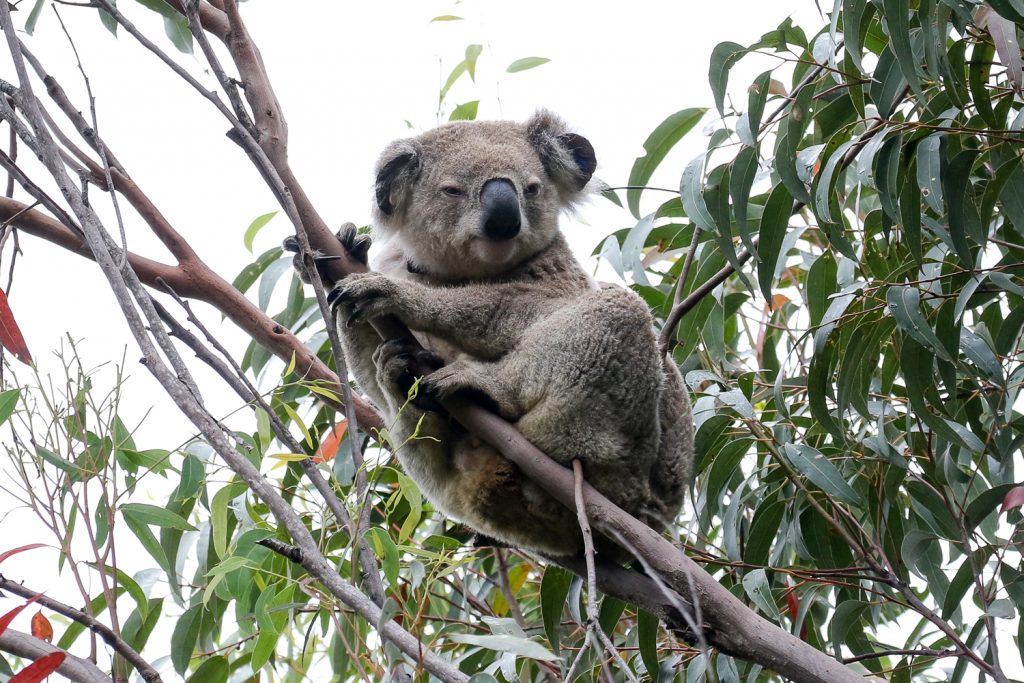 A key question everyone was asking is: How many koalas are there in the Royal? This is a national park that has 6 million visitors a year and is right next to Australia’s biggest city. Is there a colony of koalas hidden deep within the park? 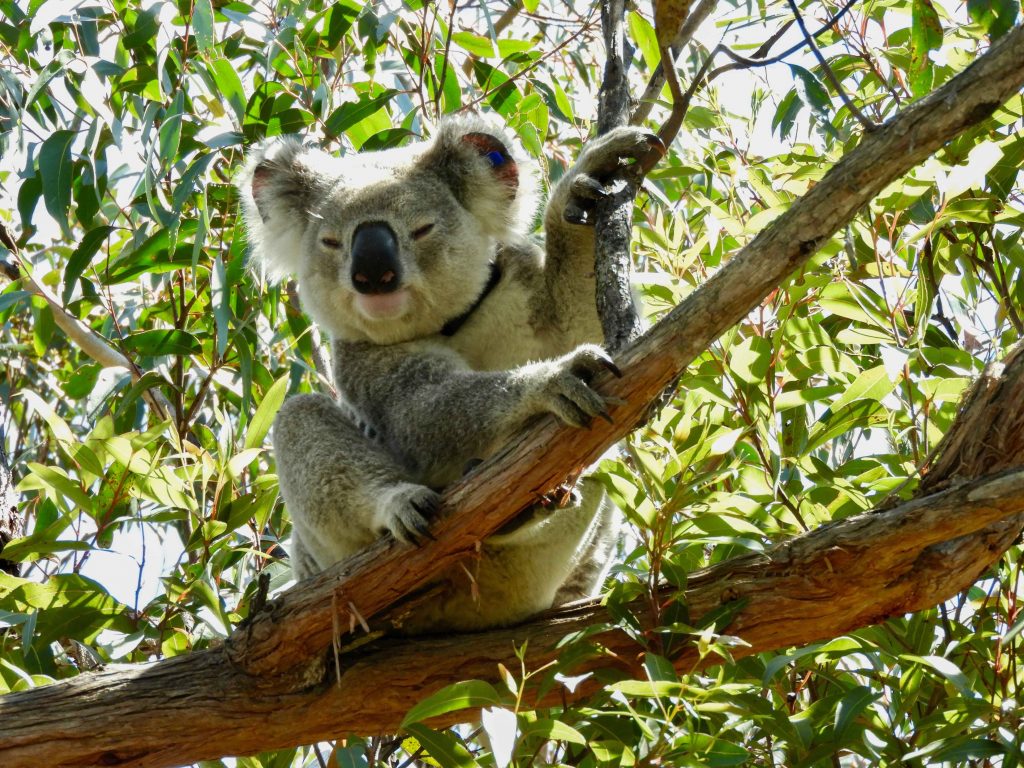 We were trained by Brie an ecologist who is the Project Coordinator from Science for Wildlife managing this monitoring program. We learnt that our koala, who had been called ‘Royal’, was a sub-adult male and they can range over a wide area probably looking for females and to establish their own home territory. Whereas the females and mature males tend to be more sedentary.

The signals from the koala’s radio collar can be picked up by the receiver and an antenna that looks a lot like a household TV aerial. 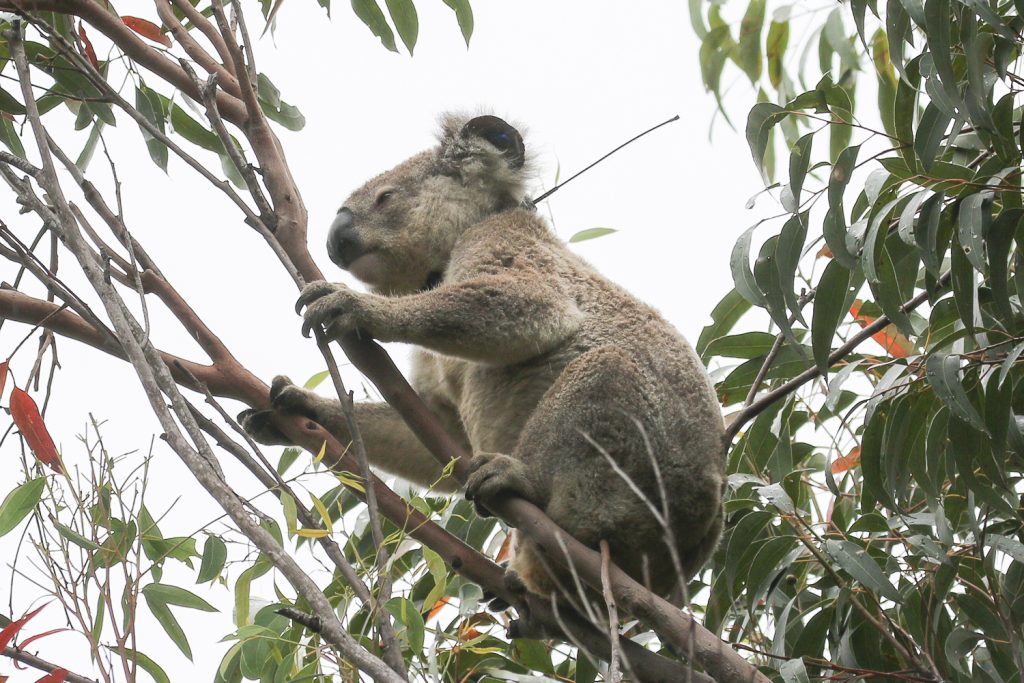 For the next three months we tracked ‘Royal’ every week. We learnt a lot from his movements…..on hot days he would sometimes be found hanging from a branch with all 4 legs dangling underneath, cooling himself with whatever breeze he could find.

We sometimes came across people who were curious about the aerial and we had to be a little cautious in our replies, one of our volunteers even offered cheekily that he was looking for his lost model airplane. 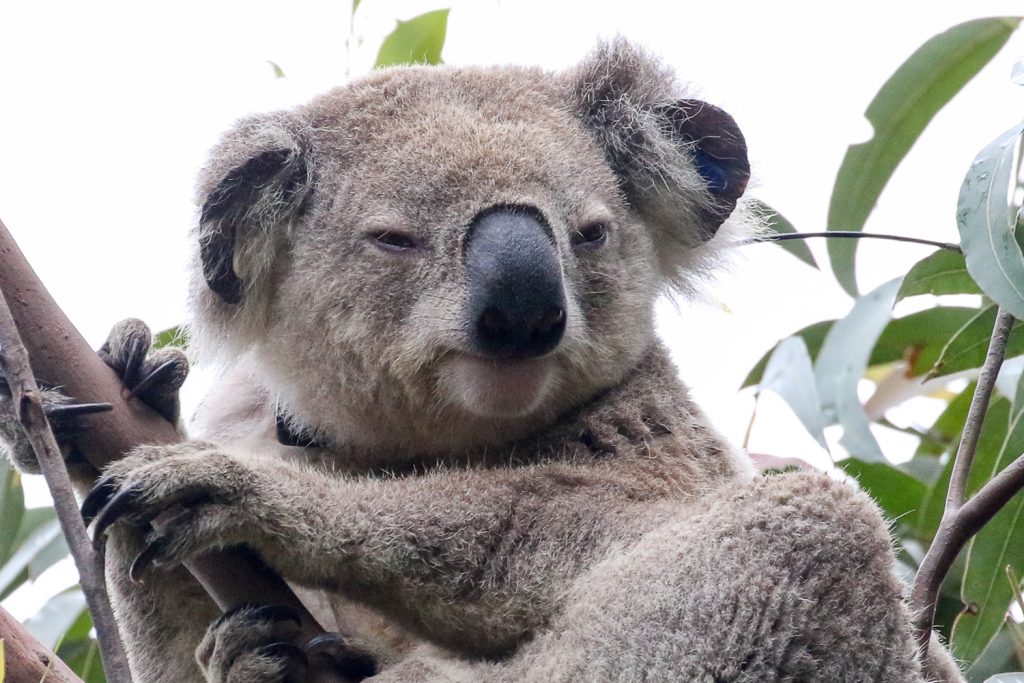 Sometimes ‘Royal’ was resting in non-food trees….not sure why? There is a theory that smooth bark trees are cooler for them, but once we even found him hanging out in a Banksia. Trees with a denser canopy can offer more shade for koalas on hot days. 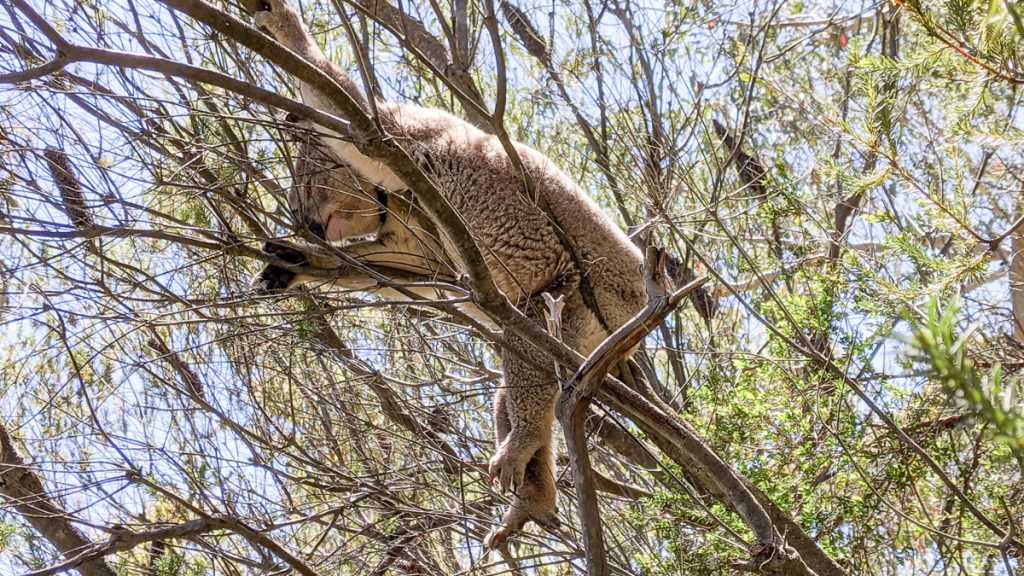 His health was always to be monitored. When he hadn’t moved far in a couple of weeks it was decided that he should be recaptured to assess his health. A practised team arrived from Science for Wildlife’s Blue Mountains Koala Project including an arborist and another ecologist to assist Brie. The team went to work and within less than 5 minutes ‘Royal’ had been very professionally induced down from his outer branch hangout to the ground. A flag was waved in front of him and ‘Royal’ didn’t like the look of it. 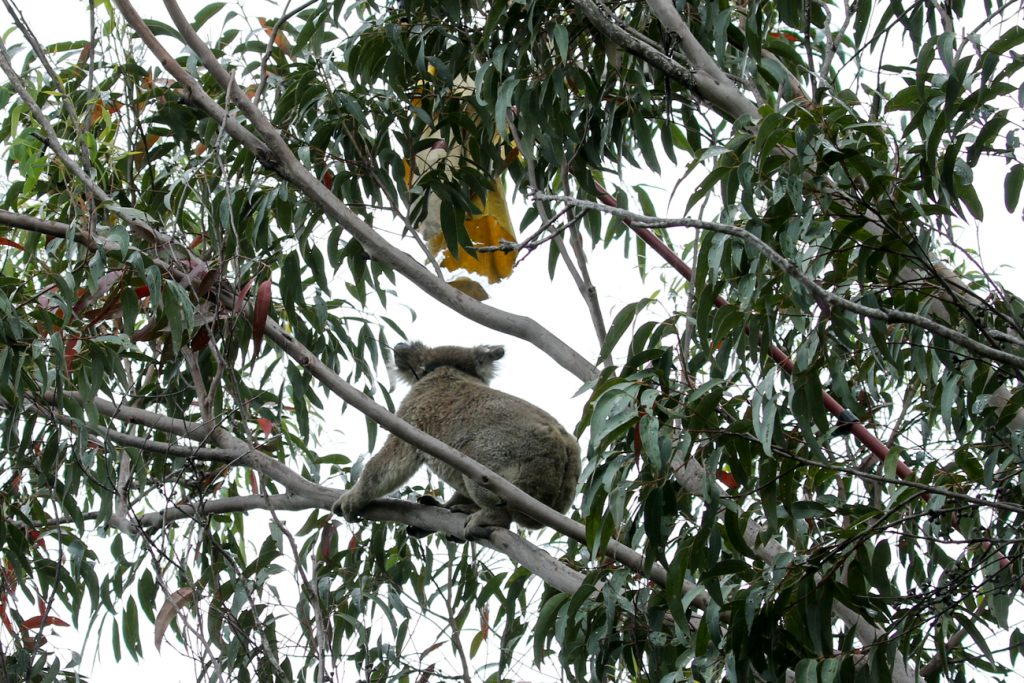 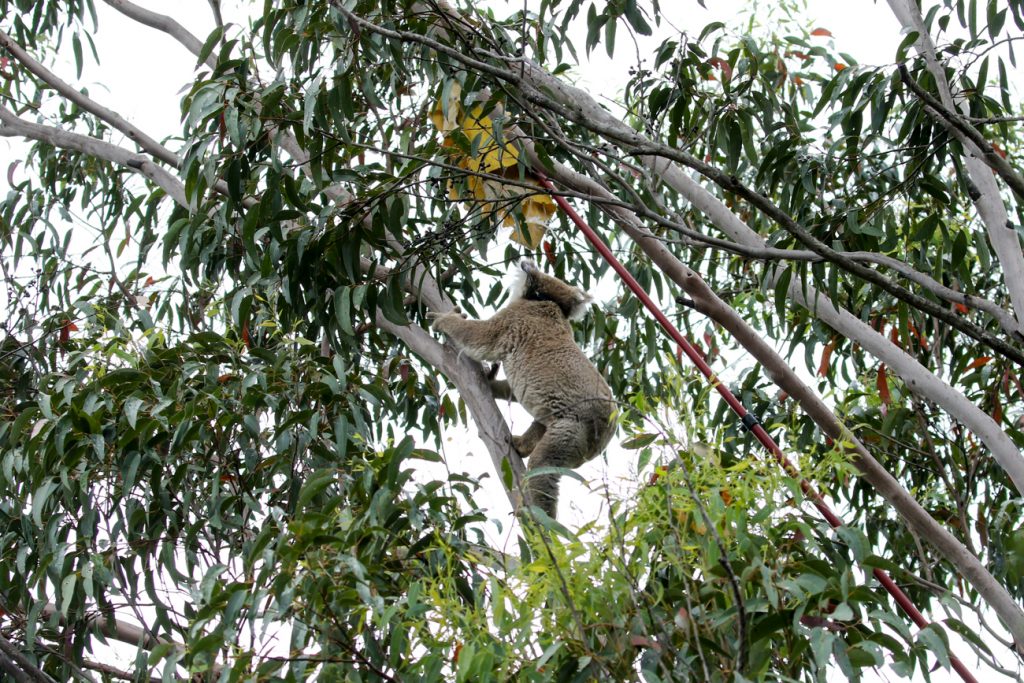 The medical checkup showed that he had put on weight since his release and his musculature was well developed. But he had tick bites that were sore under his collar. He could not be released with the collar since it could aggravate the bites.  So it was determined that the best course was to treat the bites and release him without a collar. 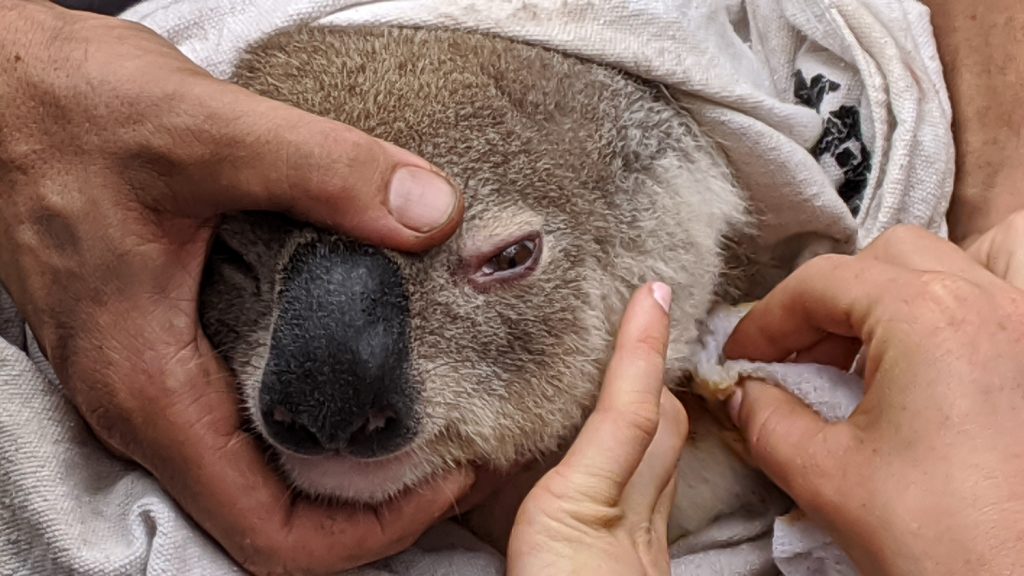 One of our volunteers was given the honour of releasing him, checkout the video. 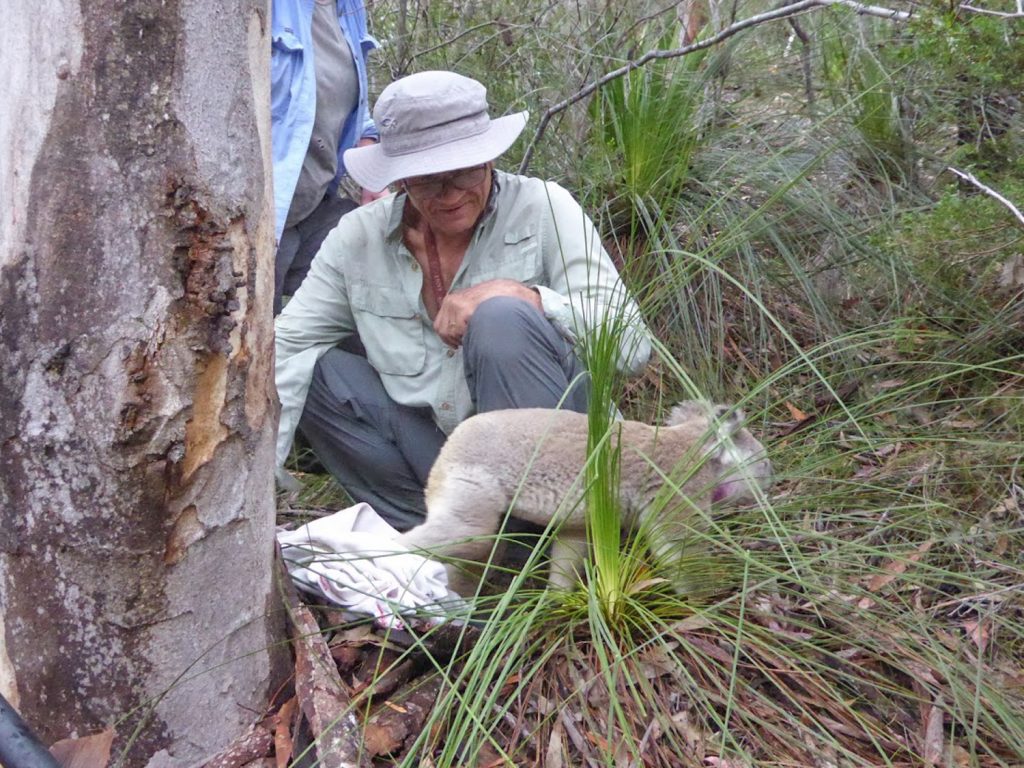 So our wonderful few months following ‘Royal’ around the park was at an end. It was a privilege for all the volunteers to be involved in this interesting project. We learnt heaps and looked forward to our weekly catchup with ‘Royal’.

In the future maybe we will see him on one of our bushwalks, even perhaps as we always hoped with a partner.

Dr Kellie Leigh – Executive Director of Science for Wildlife presented at our 25th February 2021 general meeting at 4pm in person.