Powerful Owls in the Royal 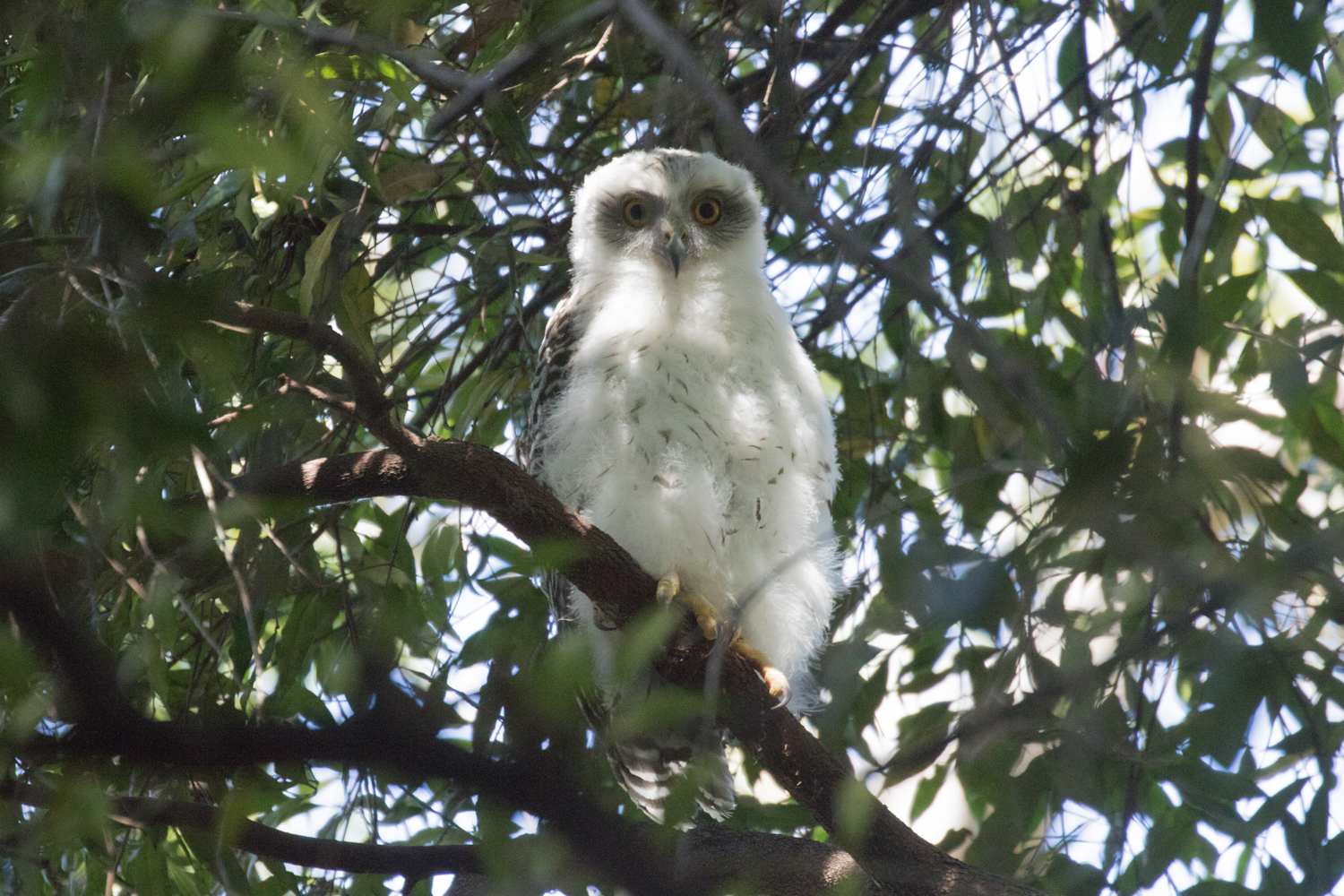 Its September and the first Channel-billed Cuckoos have been seen flying overhead with raucous calls, being pursued by anxious local birds trying to see them off the premises. Bird species all over the park are gathering nesting material for their spring breeding, but some species are already far advanced.

All through winter the Powerful Owls have been raising their young. The female owls have incubated the eggs in large hollows in huge old forest trees, these hollows need to be big enough for a mother and two chicks of Australia’s largest owl.  Now in early September the white owlets are fledging, being fed by the adults at the mouth of the hollow and then gaining the confidence to fly. If you are walking through rainforest in the Royal you may be lucky enough to spot a white fluffy owlet up in the canopy, the chick pictured above is about a week out of the hollow  They may bob their heads from side to side as they focus on you.

The parents will be roosting close by often with prey in their talons. 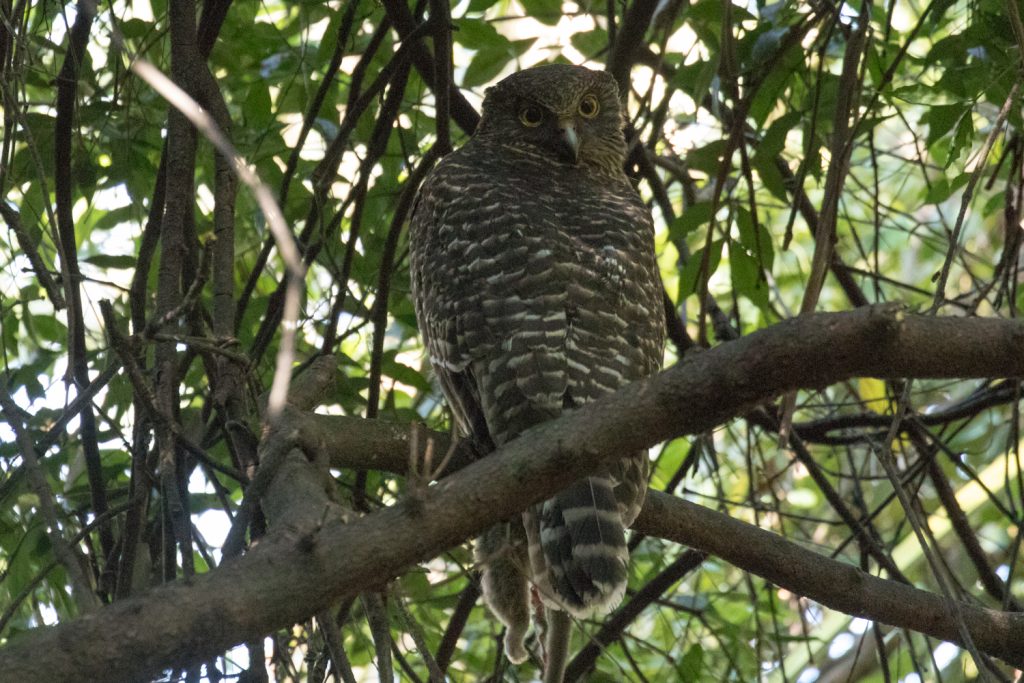 Some owlets are not as advanced and will still be in their hollows, often standing at the entrance late in the afternoon. 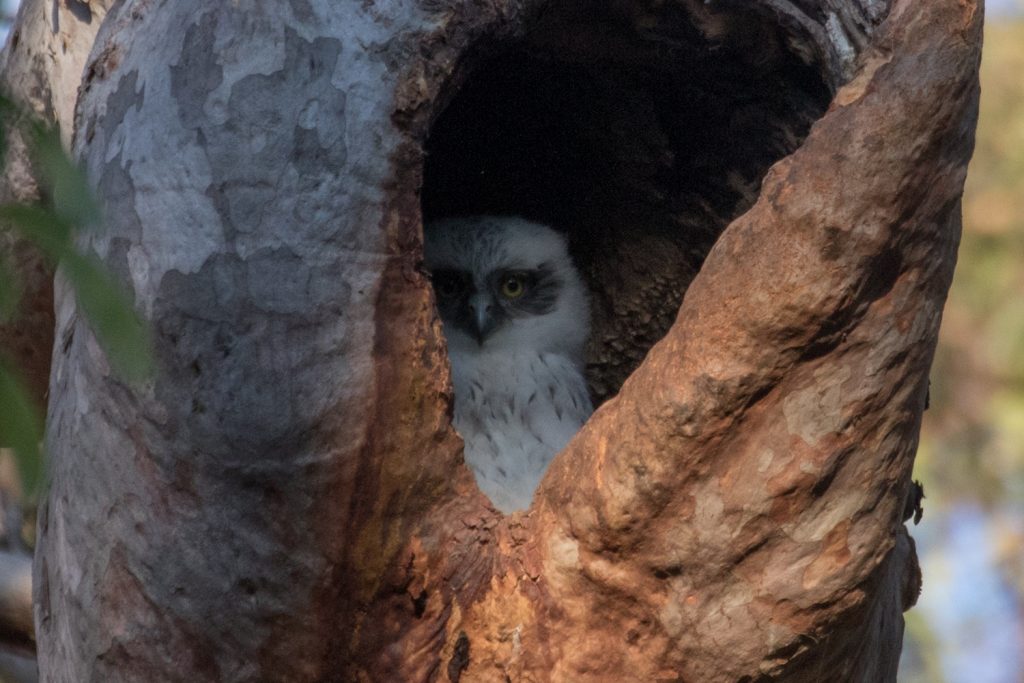 Then in a few months time the juvenile owls will have dispersed, moving out of their home territory often with some encouragement from their parents. The classic owl hoot of these owls can be heard across the Royal  from dusk until dawn. If you are out spotlighting you sometimes will come across them. 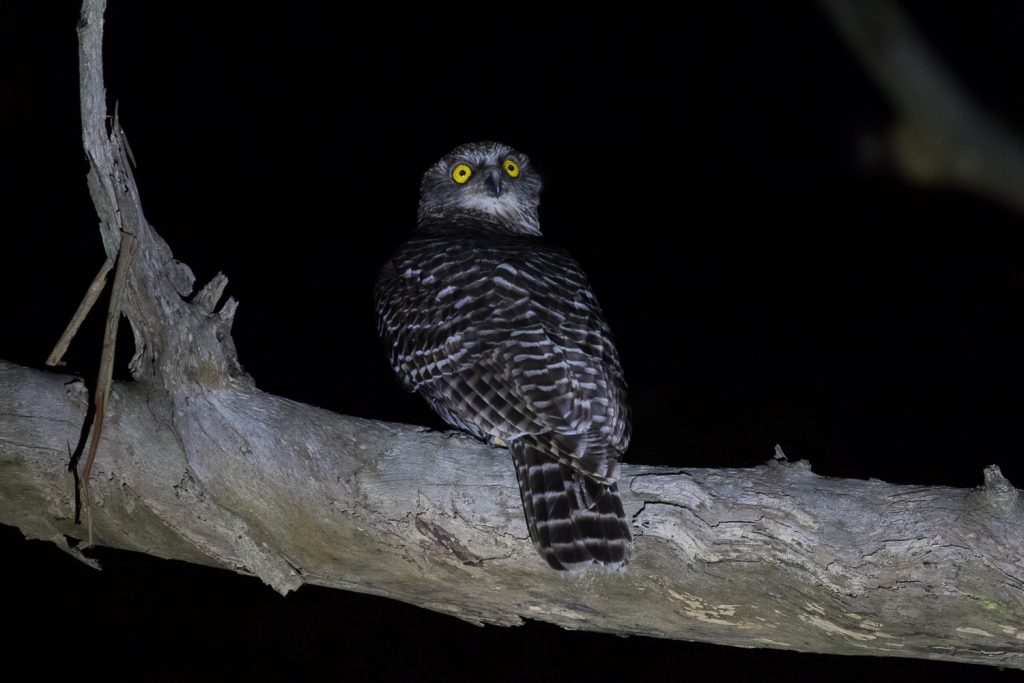 One of the greatest threats to these magnificent birds is our use of rodenticides. If you live bordering the national parks or anywhere across the city owls may be hunting closeby while you sleep. Possums are their favourite food but they are partial to rats, mice and other rodents. The use of 2nd generation rodenticides poses an enormous threat to these magnificent birds. The rodents ingest the poison but die slowly, owls catch them while they are still alive and then get poisoned themselves. Please avoid the use of these poisons, use traps instead.