The fierce two day storm of late May  which coincided with king tides swept sand off Deeban Spit into the entrance channel to The Basin completely blocking the channel so no water could escape into Port Hacking.

Water had been building up since a storm earlier in the year and now with the channel fully blocked  the water levels were so high that much of the  Bonnie Vale camping ground was underwater.

But on the 29th May nature restored the balance and the  flood water breached Deeban Spit in a new location close to Bundeena allowing a torrent to pour out into  Port Hacking. Checkout the video link below to watch the floodwater breaking out  and someone kayaking down the stream.

Its interesting to see how the channel has  moved through the ages.  Sutherlandshire council has some aerial images available online covering the last 90 years.  Below are photos from 1943 and 1955 showing that at that time the channel did appear to exit from close to where the new channel has broken through. 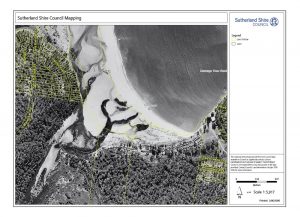 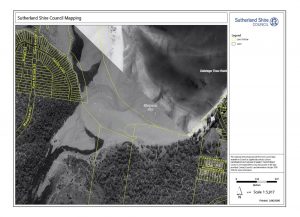